Just some sites or links I think are neat!

A page on shellfish foraging on a website about building and restoring wooden boats. I found this place while I was on a foraging-info-spree because of a game idea.

Do I have easy access to a beach? Nope! Am I still gonna memorize what the best shellfish-foraging times are? Yup :-)

A newsletter that emails you bits of Bram Stoker's Dracula in chronological order, as Dracula is made up of dated journal entries and letters and such!

It starts on May 7 and ends on November 10, but all already posted entries are available to read on the site, you don't actually have to sign up for the newsletter!

A browser emulator for LSD Dream Emulator on the Internet Archive! It seems to work perfectly fine for me, just uh... Ya might have to wait a while for it to download...

Flashing Lights Warning: For some reason the water in this game flashes white and blue. It puts a strain on my eyes and I can't imagine how it'll be if you have epilepsy :-(

The Cabinet of Dr. Caligari is a german silent horror film well known for it's expressionist-styled set design. A very funky 100 year old movie with a very funky visual style!

Fun Fact: If you've ever watched Bigtop Burger, Cesare is meant to be the same Cesare as the one in this movie!

Not a special website, but I really like this guy's videos! Colin, well, looks back on old nostalgic (and sometimes obscure) movies, shows, and mascots! I find it very interesting :-) If you like Defunctland and learning about old media for kids, you'll probably like this guy!

He's currently working on his Disney Villains Retrospective series, where he goes through every Disney villain and their history, often going into all the other media they've appeared in! 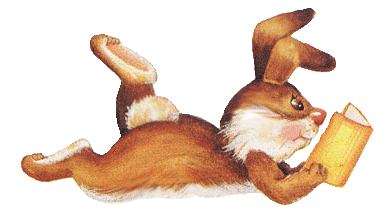 SAM is a text-to-speech program released in 1982. It was made for the Atari 8-bit Family, the Apple II, and the Commodore 64. Joyously, the program has been reverse-engineered with Javascript to run in-browser!

Bonus: Here's an archived interview with Mark Barton, the original developer of SAM!

A live-action/animated musical about Raggedy Ann and Andy trying to rescue their human friend, Marcella's, new birthday gift from pirates. It's known for it's strange settings, as once you're in the perspective of the dolls, reality kinda flies out the window.

The movie was directed by Richard Williams, who was the art director for Who Framed Roger Rabbit.